Garth is a Managing Director and member of the Firm’s Investment Committee and Management Committee at Top Tier Capital Partners (Top Tier). He has twenty-plus years of industry knowledge and co-leads the Velocity team, which executes the Firm’s co-investment and venture secondary investment activity.

The Velocity Platform leverages our information advantage and network to back exceptional founders and high growth companies.

He is currently a board member or board observer for several of Top Tier’s co-investment portfolio companies. Garth joined Top Tier’s predecessor firm Paul Capital in 2009.

Prior to joining Paul Capital, Garth was a Vice President at Portfolio Advisors, where he focused on primary investments in venture capital, leveraged buyout, and special situation funds. Prior to that, he was Senior Associate at Fairview Capital Partners, and Associate Director at RogersCasey.

Garth graduated from Bates College as a Benjamin E. Mays Scholar with a B.A. in psychology and a minor in economics and was Captain of the varsity basketball team. Garth is a member of the Bates College Board of Trustees. Garth earned an M.B.A. from the Johnson Graduate School of Management at Cornell University as a Robert A. Toigo Fellow and a Christopher T. Emmet Scholar. He is also a Robert A. Toigo Foundation, 40 under 40 award winner.

The information contained herein is not investment advice. Under no circumstances should any material at this site be used or considered as an offer to sell or a solicitation of any offer to buy an interest in any securities or investment fund. TTCP history includes a predecessor firm, of which current members of TTCP were part of the investment team. For more information, please see TTCP's ADV Brochure. View full disclosures. 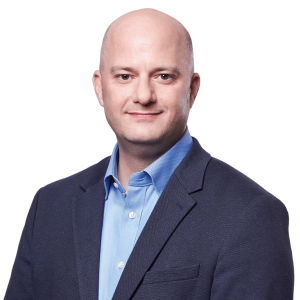